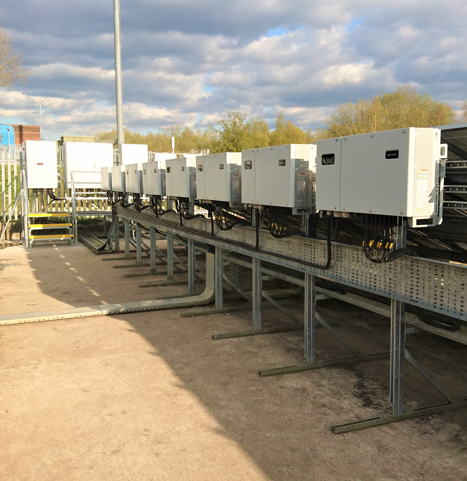 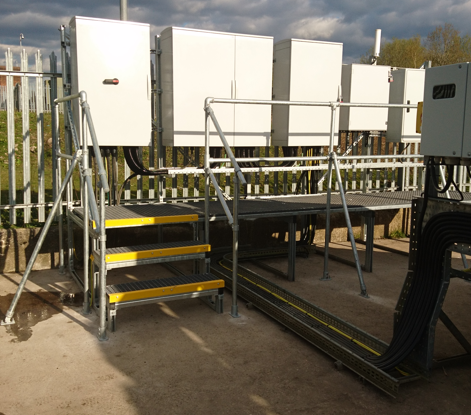 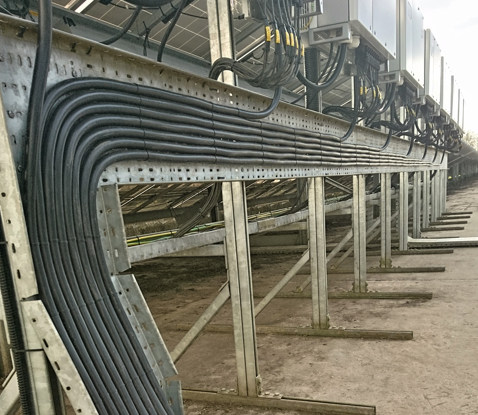 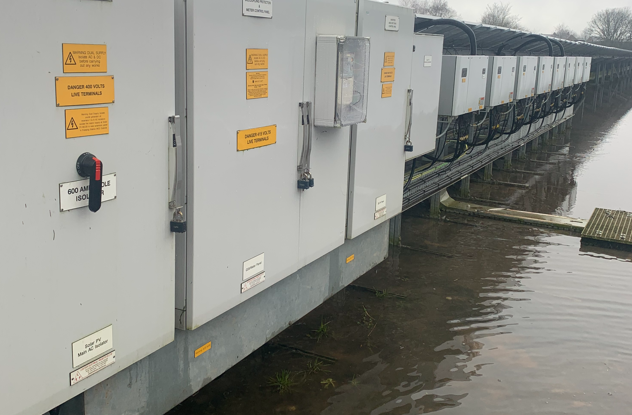 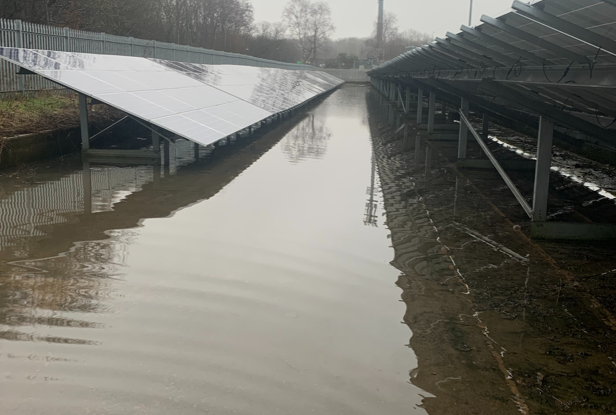 Following Severe flooding on the Solar PV array at Hindley WwTW, which caused damage to the Electrical Cabinets & components and failure of the Inverters, Solgen were instructed to relocate the Mains Position & Inverters to prevent future damage.

A new Mounting Structure was installed complete with a raised anti-slip GRP grated platform with safety rail for access to all the Electrical Cabinets. 8 new Inverters were installed and all cables between the Distribution Board and Inverters were replaced.

The Monitoring Equipment was also replaced and all DC strings were tested prior to commissioning and re-energisation.