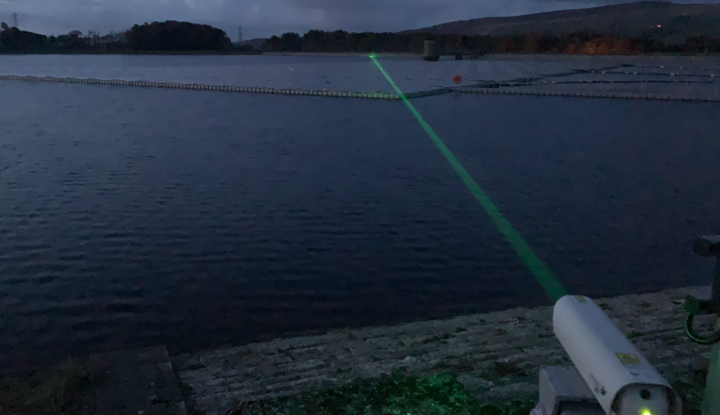 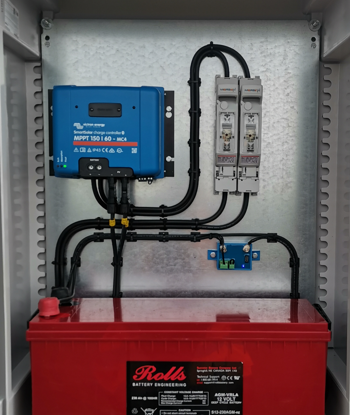 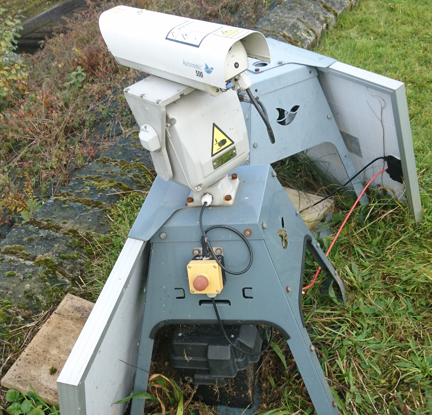 Solgen have worked for United Utilities for the past 3 years primarily carrying out O&M tasks including Planned Preventative Maintenance, Corrective Maintenance as well as offering a reactive service for system failures.

United Utilities have 2 floating soar arrays on Lancaster WTW and Godley WTW respectively. On completion  two Bird Deterrent Laser System were installed on each site to prevent bird habitation and fouling on the array which would in turn affect performance.  The systems are ‘Off Grid’ and store energy from 2 x 100w Modules into a small battery. Both lasers had been undeforming and during some periods non operational, which lead to the array becoming very dirty.

Solgen were instructed to re-design each system and provide a solution that would allow the lasers to run for 24 hours a day, 365 days a year.  A new 1.24kWp system was installed comprising of 4 x 310w modules and a Rolls 230AH Battery for each laser. The modules were mounted on a bespoke 45 degree structure to allow for maximum irradiance capture in the winter months. The array, electrical cabinet and laser were then ballasted as no ground penetration was permitted on the reservoir banks.

Each system was then commissioned and set on a 15 minute sweeping pattern across the array, with each pattern overlapping the other to give a constant presence on the array. Several post commissioning visits have been carried out to ensure each system is operational. The arrays were cleaned during the works and there has been a vast improvement in the system performance.